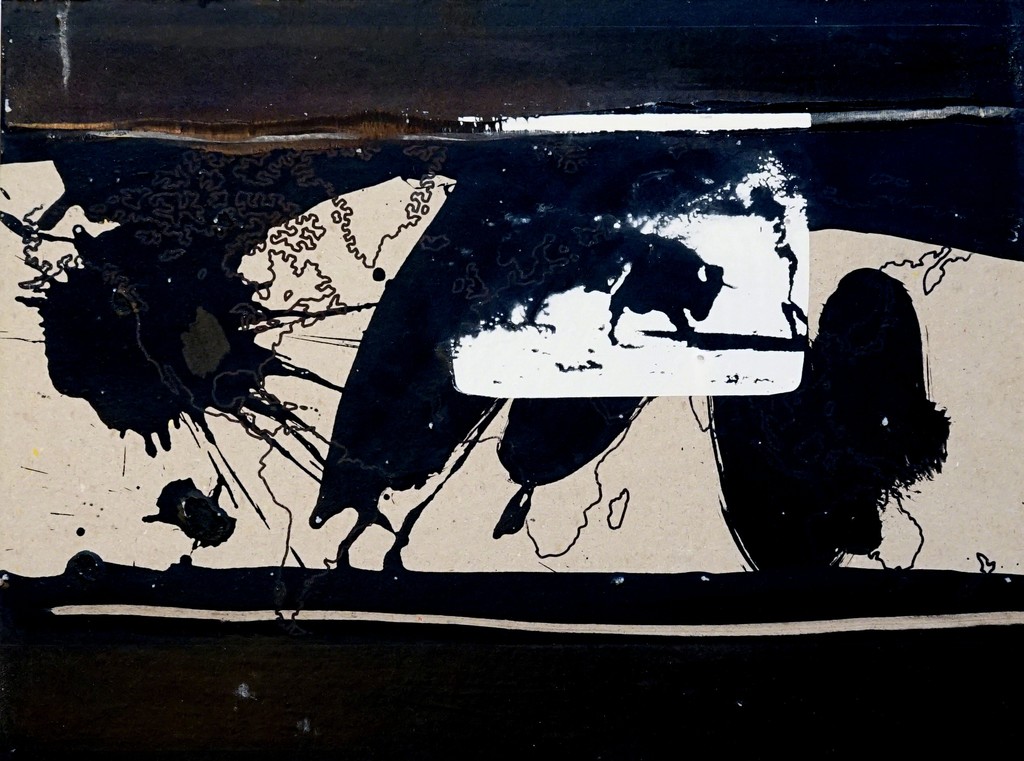 Press Release
Chaos in progress, begun after 9/11, is a series of paintings on board by Rafael Gray, produced over a number of years. With a gradual accumulation of images produced and displayed as “rapid reactions," this series also strives for a kinetic coherence. Here, the global perspective provides the series with its structure. As well as bringing together extremes, this composition reveals a variety of strata which, until then, appeared to be exclusively reserved for cinema. Rafael Gray now succeeds in letting us experience them through painting. Pictures of the world taken from his travels interfaced with found images (pictures from newspapers, posters etc.) are recycled and re-appropriated in the kinetics of the painting’s execution. Rapid movement, enamored of freedom, uncompromising blossoming. With very little paint, the torn poster or the image already provides color and composition, whereas painted tint is diluted so that it spreads, and by the economy of means, simplifies. And so the "worldwide circus" presents its show: this circus with its stars and its tigers, bullfighting, prostitution; and let’s not forget the violence, it too worldwide, dispensed daily by the press. Chaos in progress. 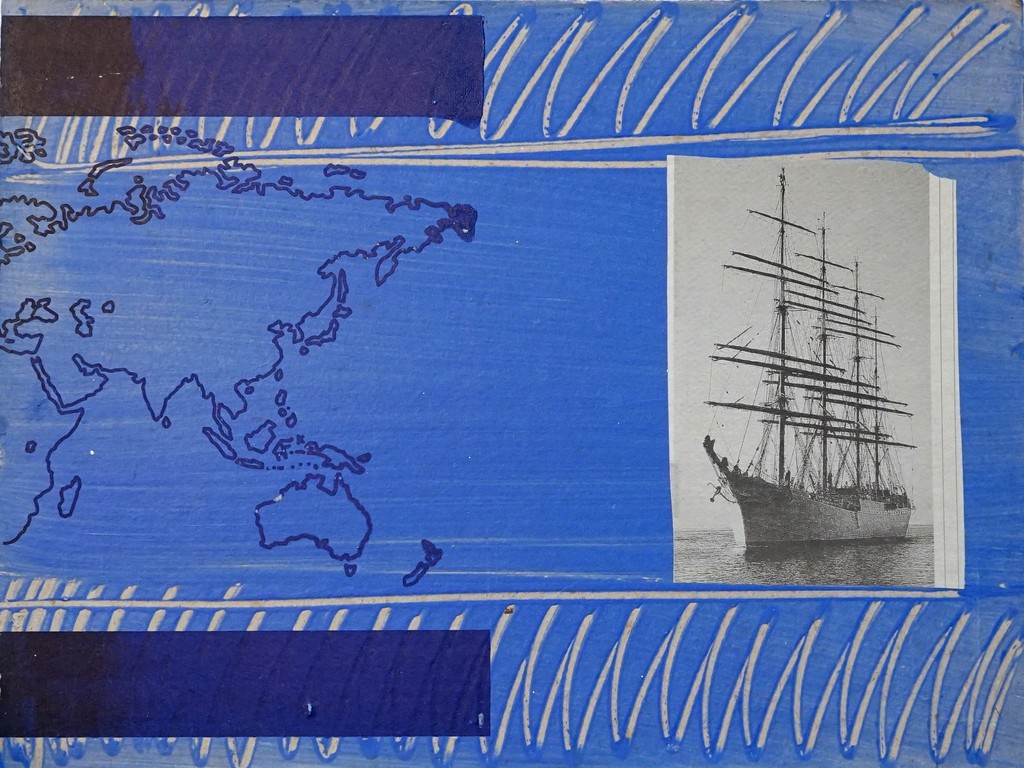